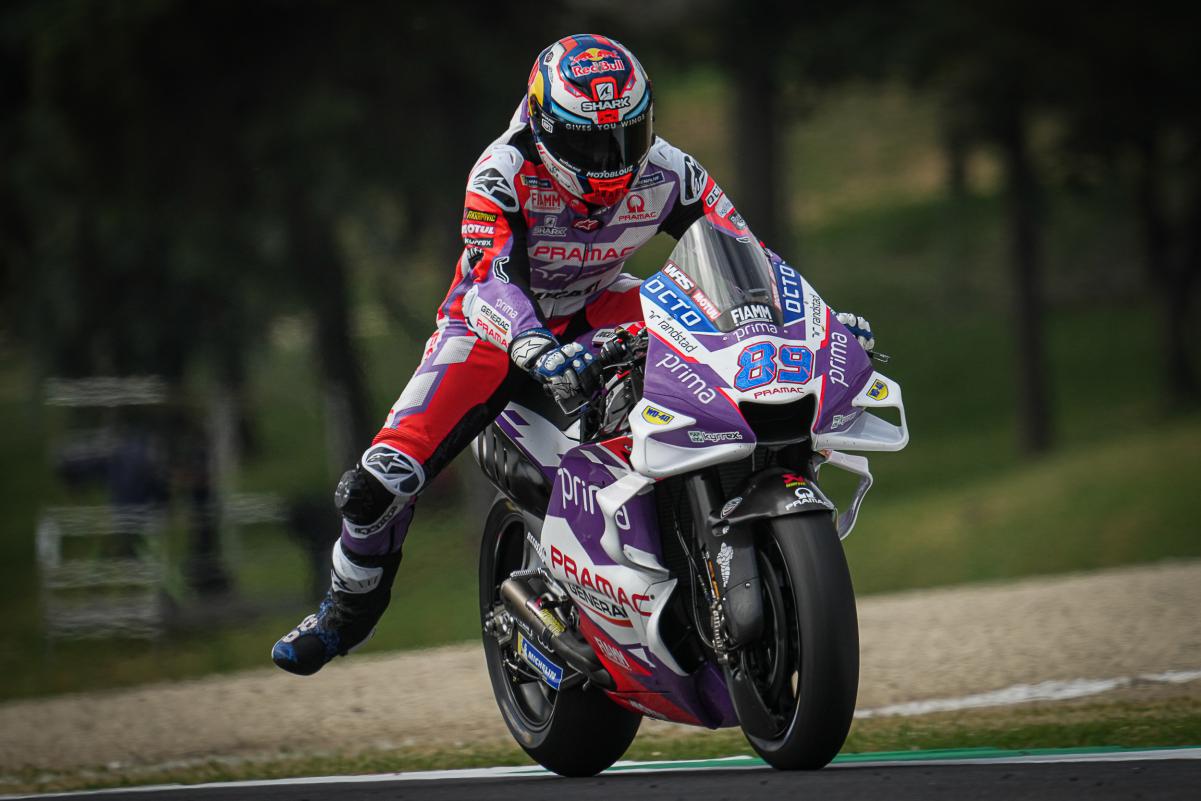 Jorge Martin reached 363.6 km/h during the Mugello race. There he set a new absolute top speed record in MotoGP, beating the 362.4 km/h set by Johan Zark and Brad Binder in 2021.

Johann Zarka and his Ducati Desmosedici GP21 hit 362.4 km/h at the end of the Losails straight during the Qatar Grand Prix 2021. The same speed was then achieved by KTM’s Brad Binder. RC16 on the Mugello pit straight during the 2021 Italian Grand Prix. A year later, Jorge Martin did even better.

During the 2022 Italian Grand Prix, which took place on the same Mugello circuit, the Spaniard reached a speed of 363.6 km/h. Therefore, he set a new absolute speed record in MotoGP at the wheel of his Ducati Desmosedici GP22.