Find here all our live #UKRAINE

11:50 p.m : Towards a UN investigation into the Olenivka prison, Russia claims to have hit a depot of foreign weapons… We summarize here what you should remember from the latest developments in the war in Ukraine. 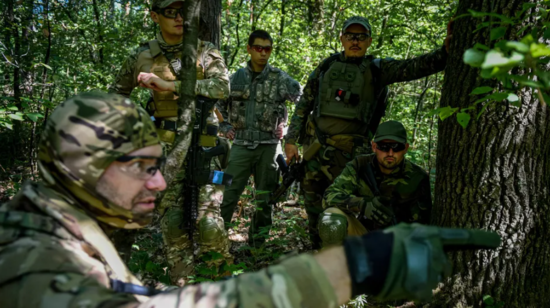 9:55 in the evening : What do we know about the explosions that happened last week in Olenivka prison? UN Secretary-General Antonio Guterres will launch a fact-finding mission to shed light on the bombing of this penitentiary establishment in eastern Ukraine, which left dozens dead.

7:12 in the evening : Russian gas giant Gazprom claimed this afternoon that the return to Russia of a Siemens turbine is “impossible” due to sanctions against Moscow. These statements are likely to increase the anxiety of European countries, which suspect Moscow of looking for an excuse to delay the return of this turbine and further reduce its gas deliveries.

3:20 in the afternoon : Finnish customs announced that they seized, at the Russian border, the goods “industrial and military capabilities” from Moscow. They mention drones and devices in particular “used in maritime traffic”. And say they understand too “things we can’t comment on at this time”.

12:40 in the afternoon : The French satellite operator Eutelsat says it has stopped, at the request of Arcom, the French media regulator, the broadcasting in Europe of the Russian channel NTV Mir. This is one “there is a tendency to repeatedly present not only the Ukrainian leadership and the Ukrainian army, but above all the Ukrainian population, as following the Nazi ideology.“justified Arcom.

Nancy Pelosi, the president of the House of Representatives of the United States, recently left Taiwan, after a visit that provoked the anger of China, which considers the island as its province. Beijing has announced maritime military exercises near the island and trade sanctions.

The peak of this heatwave episode is today. High temperatures reach almost all of France, with temperatures up to 40°C. About 26 departments are on orange alert. Follow our live.

The fire that covered approximately 220 hectares in the towns of Villeneuve and Niozelles (Alpes-de-Haute-Provence) is still active but not progressing, according to the prefect. The residents of Niozelles who had to evacuate their homes returned to it last night.

cargo inspection Reason in Turkey, the first ship that left Ukraine with grain since the beginning of the war, has been completed, according to the Turkish Defense Ministry. “The ship is about to cross the Bosphorus to reach Lebanon”its final destination, he added.

11:52 : Cargo inspection Reason in Turkey, the first ship that left Ukraine with grain since the beginning of the war, has been completed, according to the Turkish Defense Ministry. “The ship is about to cross the Bosphorus to reach Lebanon”its final destination, he added.

11:29 : Russia claims to have destroyed a “depot of foreign weapons and ammunition handed over to the kyiv regime from Poland” It is located in the Lviv region of western Ukraine. This area, on the Polish border, was rarely hit by Russian strikes.

09:58 : German Chancellor Olaf Scholz accused Russia of being responsible for blocking the delivery of a turbine from the Nord Stream gas pipeline, which is currently stuck in Germany after repairs, and without gas pipeline can not operate normally according to Moscow. Only Russia “Provide the necessary customs information for its transport in Russia”, the official said. Moscow says Western sanctions are preventing reparations.